Several weeks ago, Seth and I were fortunate enough to have dinner with up-and-coming Nascar driver Ryan Reed and his family while they were in San Diego for an event. We met them at Roy’s on the Bay Downtown, and ended up having a wonderful evening filled with fabulous conversation. It was like we’d known their family forever. Truly down to earth people, on an important mission. 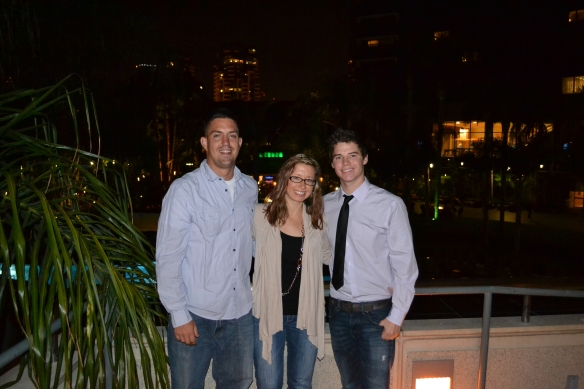 Seth, Myself and Ryan 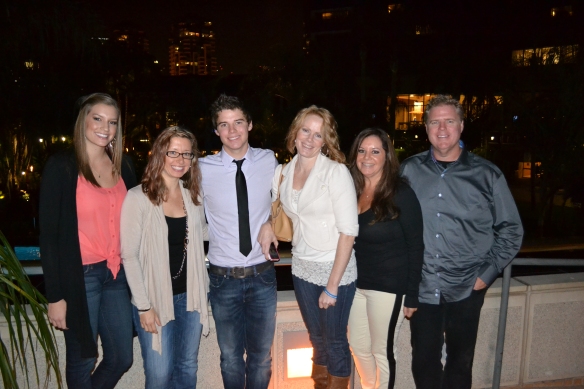 Ryan, 19, was diagnosed with type 1 diabetes when he was 17 years old and thought his racing career had ended until he met Dr. Anne Peters. He quickly learned when armed with proper healthcare, education, and technological tools, his dream of racing could become a reality.

In addition to founding his own organization Ryan’s Mission, http://ryanreedracing.com/mission/ he is involved in the diabetes community in varying ways, building relationships and collaborating to improve the lives of those living with diabetes and raise awareness:

Working at Dexcom, and experiencing firsthand how the device has changed my life with diabetes, it was inspiring to meet Ryan and learn how his use of the Dexcom System has helped his career progress. Seth and I are anxiously waiting to hear what’s next for Ryan!

Myself and Ryan, Go Dexcom!

We can’t wait until they’re in town again 🙂