I’ve been working on rotating my breakfasts weekly, to foods that are quick, convenient, but full of nutrients. This past Sunday I made a crustless quiche, cut it into pie slices, and have breakfast ready to grab each morning! The options are endless with this idea.

Mix everything together and pour into a buttered pie plate. Bake at 350 degrees until firm in the middle. Slice and enjoy each morning for breakfast! 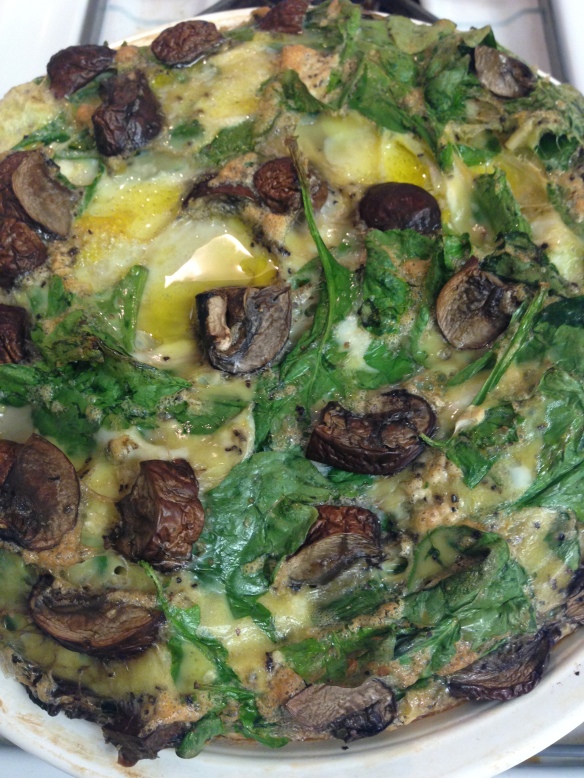 All this time, I thought I’d been avoiding the anti-nutrients in egg yolks by eating only egg whites. Think about that for a second…what protects the yolk? Egg whites; they have the anti-nutrients. Drrrrrr. So anyway, I had egg whites to use up that I didn’t want to waste.

One Sunday morning I decided to do an egg white scramble, and accidentally just ended up with this baked thing.

I started by sautéing the meat until almost brown, added the onion and continued to sauté until they were almost soft. I added the mushrooms, so they could cook, sprinkling everything with a little kosher salt/pepp and garlic powder (didn’t feel like chopping garlic). I continued to stir until everything was done, then poured a bunch of egg whites in. I was ready to scramble and mix everything together, but it kind of quickly formed this layer on the bottom, so I put a lid on it and let the whites continue to cook without stirring. Once they were almost firm, I popped the entire pan in the oven to bake at 350 degrees for about 20 minutes. I didn’t use any oil or fat in the pan.

Pretty much like a yummy, crust-less, egg white quiche. 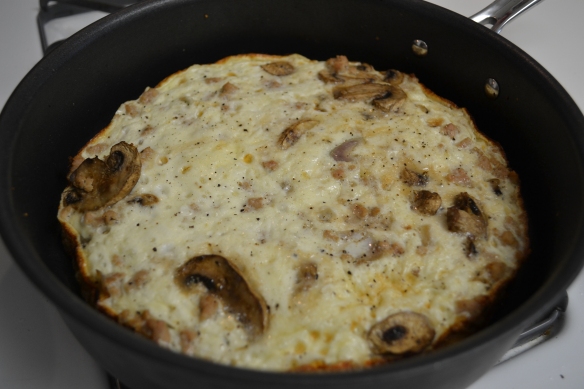